I wish I posted here more, I really do. I even have an editorial calendar in a Google Sheet with lots of programming topics that I'm excited about, but haven't been sticking to it. The idea was to make regular posts about a topic I'd recently used or learnt about, sort of like a diary that I added to as I went along. But right now, all I have is a bunch of half-finished drafts. When I'm done with work, I rarely have the energy to work on them further, usually because I tell myself they're going to require a whole lot more research. And then it's time to have dinner or just have a break from looking at screens for the day.

Things are not really good right now, but I'm trying to keep my chin up. Last month was tough because of some family stuff; difficult in most cases, awful when you are 1000 miles away and can't just drop in, desperate when you add a pandemic into the mix. I looked into going back for a couple of weeks or so and working remotely (at my manager's suggestion, actually). I mean, flights are very cheap at the moment and it turns out I'd be able to quarantine at my parents' place rather than some hotel, but then I'd have to show proof of ordering two DIY tests to carry out during my stay in England. I called the NHS hotline yesterday for more info on that and the person on the other end was very nice — directed me here, in case you need it — but the cost of the tests is simply prohibitive. So I am sitting here in Berlin, going through the comedown from the excitement about the possibility that I might have been able to go.

Here in Germany, it seems like the COVID-19 purgatory is never going to end. Every day I'm so angry at how much this government has faffed around and let everyone down, let people die. I'm not really used to being angry at the government of my adopted country; it tends to be the British news that I try to avoid. I mean, I'm still angry at Britain — always — and Germany is also deeply flawed. But since Brexit, at least, non-Brits have finally caught onto why I decided to leave, instead of acting like my lived experience must be wrong because they had a lovely holiday in Eastbourne once.

I am currently mostly staying off social media, as I feel genuinely upset seeing friends in other countries getting vaccinated, being able to go to restaurants, and so on. One thing that is keeping me going is acknowledging my personal and professional progress of the past year. Part of me feels like I shouldn't be measuring myself by the usual standards of achievement right now, but actually, yes:

So those are the things I'm clinging onto: I'm working to get better as a developer and to get my novel published.

Well, it is Easter Monday. This weekend was sunny but I didn't go anywhere too far from my place. There is a Brammibal's a short walk away. It has really been sustaining me these past few months. How can you not feel more cheerful when you see this? The tiramisu doughnut (top centre) is my current favourite and they donate €1 from each one sold to a different charity each month. 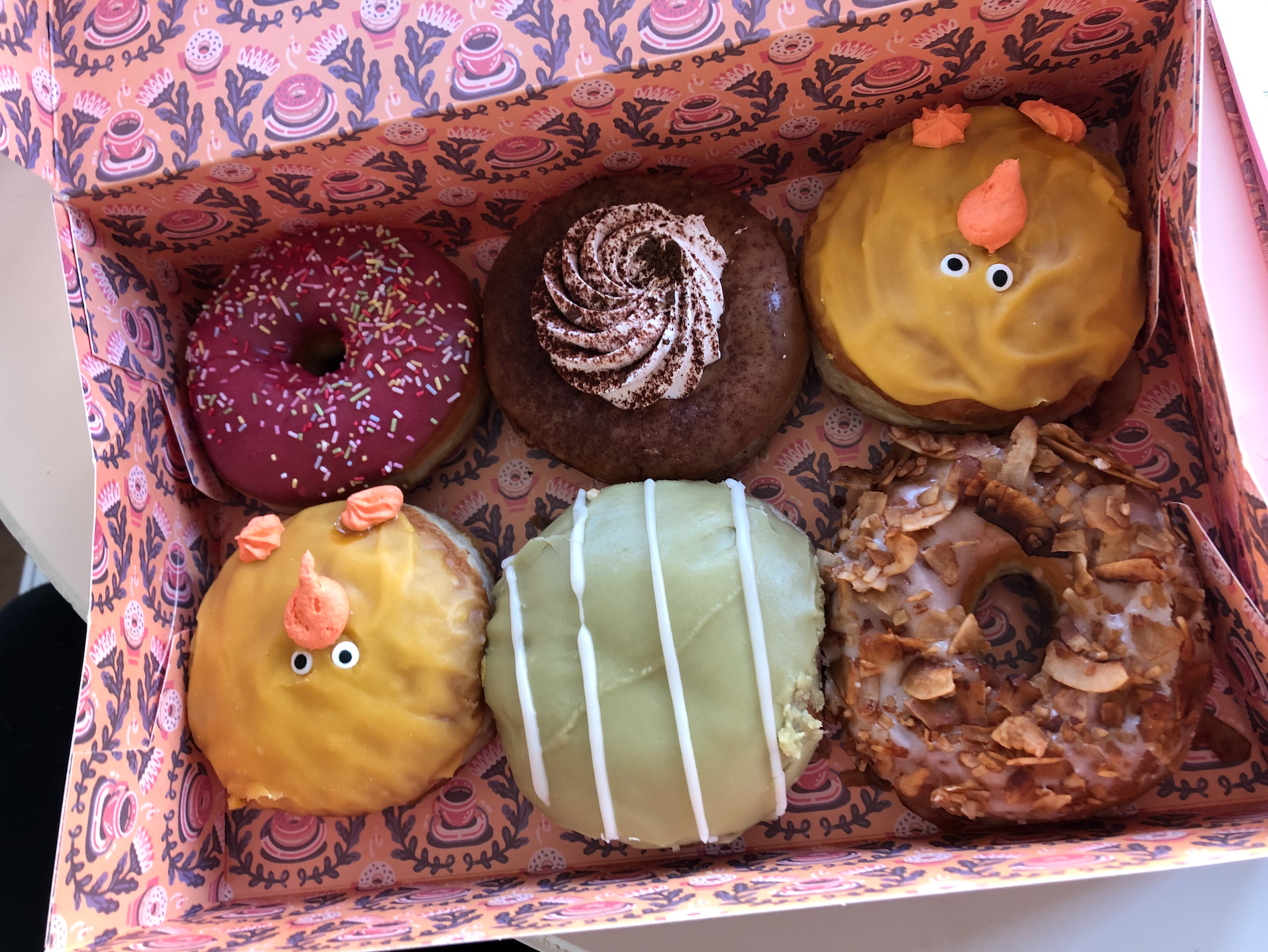 I don't have much of an incentive to go outside right now. I do still go to the office almost every day, as I don't have to spend that much time travelling on the S-Bahn (which is pretty empty nowadays anyway), and as it turns out, I really prefer to not have to work in the same place where I'm supposed to relax!

I've also been doing a lot of travelling on Google Street View. Yes, laugh at me all you want, but I love it. I've wandered around the pyramids at Giza, but I find border crossings the most exciting. Since I am learning Russian (A.'s native language) and have always been a bit obsessed with Russia as a concept, I like dropping in there. I try to "drive" down a steppe track into Kazakhstan, south of the town of Sol-Iletsk, but 8km away from the border, I am confronted with this sign: 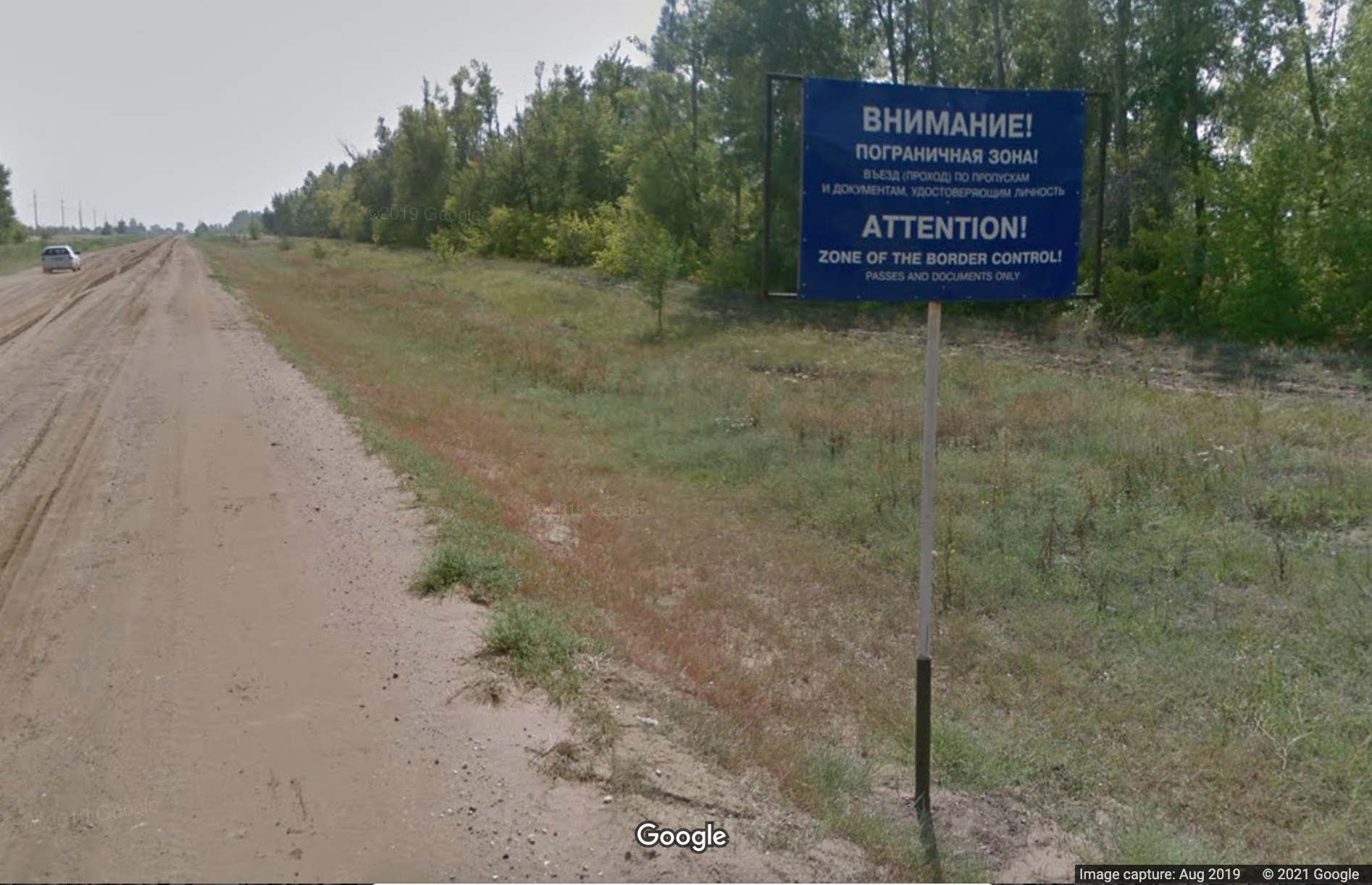 As I zoom out again and see whether I can get into that little bit of 50km-long Russia-China border that cockblocks Kazakhstan and Mongolia (I'M SORRY), I see a strip of electric blue that indicates Street View is available there. I parachute into the Altai Tavan Bogd National Park and to me, it looks like another planet: 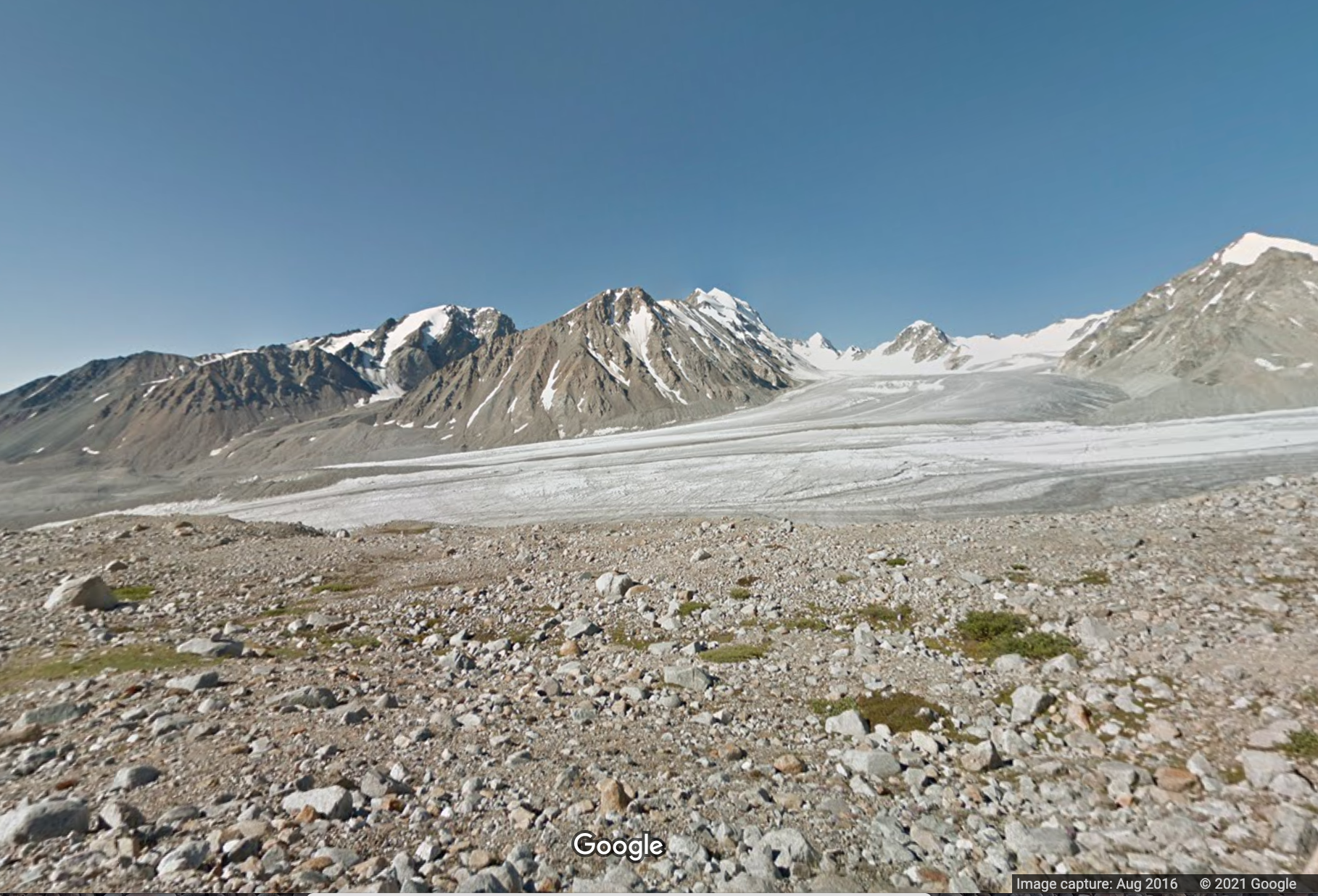 I like remote places in North America, too. I've been to the Oklahoma Panhandle and have found out how Wyoming and Colorado are, in fact, not perfectly quadrangular. Interestingly, most towns in Brandenburg — the federal state surrounding Berlin — do not offer Street View. Well, people here are very hung up on privacy.

Anyway, if you want to know more about this, the Agoraphobic Traveller has got some attention through travelling the world with Street View.

I recently rewatched Emily in Paris with A. to show her what it was all about. I know that show has copped a lot of criticism, but it's so fun, and it made me really want to go back to Paris. Back in 2017 there weren't many vegan places, but apparently a few more have sprouted up since then. I also miss speaking French, which, yes, was something I managed to do in Paris. It's weird how much German has taken over my life to the extent that me having done a degree in French feels more like a random trivia fact from a past existence.

Thinking about starting a newsletter again so that when I do have the random urge to write about lifestyle stuff, I have a place for it — maybe that would make sense so that this blog continues being about code and prose. But I'm loath to start yet another project. Hmm.